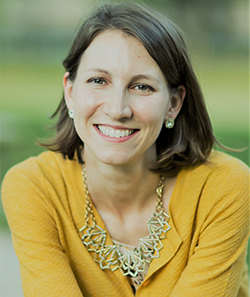 I have been an AWHONN member for the past 12 years. Since then, I have been a part of the Emerging Leaders program (2011), served on the Research Advisory Panel (2010-2016), the Nominating Committee (2011), and the Editorial Advisory Board (2011). I look forward to the annual convention each year and the opportunity to network with colleagues and hear about new research and practice innovations in our field.

In 2016, was humbled and honored to be a recipient of AWHONN’s research grant, the Kimberly-Clark Nursing Research Award. My research grant enabled me to gather important data on the feasibility and acceptability of a breastfeeding support intervention among infants undergoing surgery in the NICU. Research on interventions to address suboptimal provision of breast milk in this high-risk population is limited; despite the fact that breast milk prevents major complications in this group, like necrotizing enterocolitis.

The findings from our research were used to support a pilot trial of the intervention, which is currently ongoing. If results are promising, we hope to test the intervention in a larger trial, with the goal of increasing women’s confidence to produce milk and continue to breastfeed in the NICU. The grant also generated data on the breastfeeding experiences and problems among mothers of infants undergoing surgery, which was recently published.

Being on the receiving end of a grant after having participated in the selection process and the work of the organization for years felt especially gratifying. Sharing my findings at the 2018 AWHONN Convention in the company of my colleagues was the icing on the cake!

Without AWHONN’s small grants program, it would have been difficult or impossible to gather the preliminary data necessary to move this research forward. Grant programs like AWHONN’s are truly the “workhorses” of the research world. Multi-million dollar grants get lots of attention, but they don’t come without someone first taking a chance on your idea to demonstrate its potential. AWHONN provides this very critical investment in the future of junior researchers.